Maroota Public School is situated in the Hawkesbury region and is in the Blacktown District.

The school aims to educate children in social, moral and academic aspects of life. The school promotes positive behaviour and high individual achievement for all students. The school is committed to the local environment as seen through the native plant propagation program, involvement in streamwatch and an excellent environmental education program that runs from Kindergarten to Year 6. A strong music program is evident through children's performances during the year in open days and choral festivals.

In October 1890, residents of Maroota applied to the Department of Education to establish a provisional school, as there was a potential to have an average attendance of 15. Under the proposal the local community was to be responsible for the site and building. When the inspector of schools visited Maroota in 1890, he found that there were insufficient children to warrant even a provisional school. Consequently the department declined the Maroota application for a provisional school, offering them instead a house to house school.

Maroota residents reluctantly accepted the offer of a house to house school. They organised a suitable building. Further, the department advised them that they could not use the name Maroota for their house to house school, as a school of that name less than 10 miles away was already gazetted as Maroota. The residents decided upon Olive Mount. Presumably it was the name of a local property.

The residents built slab walls with a bark roof, lined in canvas. The first teacher appointed to the school, Miss Louise Ryder, took up duties in June 1891. However there were problems with the building and numbers. The first school was closed 18 months after it was started, at the end of 1892, through lack of pupils. The slab construction did not survive the heat of the first summer. The slabs and bark shrank, opening up gaps to wind and rain.

In August 1892, the Department of Education acquired a quarter of a hectare (2 acres) of land for a permanent site, to be used when a permanent building was justified. It is the current school site.

1920s, and the first steps to permanency

Finally, after World War I, there were sufficient numbers of children in the district to warrant a school. In August 1922, Sydney Jones was appointed and the school began operating again on 4 September 1922, using the community hall as the school building.

The department supplied desktops with trestles instead of the usual cast iron legs. For the first few years the school was well attended. Parents even urged the Department of Education to erect a permanent building. The department had no funds and was unconvinced that the school's permanence had been proved. It was right, by 1925 the numbers had dropped dangerously low, around 10, Jones was transferred and the school closed. In 1926, Leets Vale School and Maroota School combined to become half-time schools. This half-time arrangement lasted until 1934, when Maroota School was again converted to a provisional school.

The question of a permanent building was solved by the transfer of a portable wooden classroom from Marrickville West School. The building had originally been a double classroom but was split in half and re-erected on the Maroota site in November 1935.

By 1971, enrolments had risen sufficiently to justify the appointment of an assistant teacher, a teacher's residence, and a second portable classroom made of wood.

The numbers grew through the 1970s causing the need for a third classroom. This was provided by the department as a demountable room where the present sandpit and climbing bars now stand. This classroom was occupied from 1978 until the end of 1980.

Excavations for the new school buildings began at the end of 1979. Building continued through 1980 and the new buildings were occupied progressively from the beginning of 1981.

The history of our school reflects the strong community in the district. Today, the school is supported by an active parents and citizens' association (P&C), that works closely with the staff to maintain the community feel of our school. This partnership between staff and community has resulted in a well equipped and attractive school, boasting facilities second to none.

Return to top of page 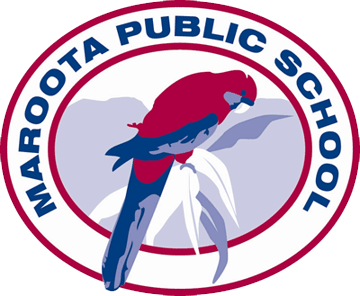 We would like to pay our respects to the Darug people who are the traditional custodians of the land that our school resides on and we also pay respect to Darug Elders both past and present.

Copyright for this website is owned by the State of New South Wales through the Department of Education. For more information go to https://www.dec.nsw.gov.au/footer/copyright.